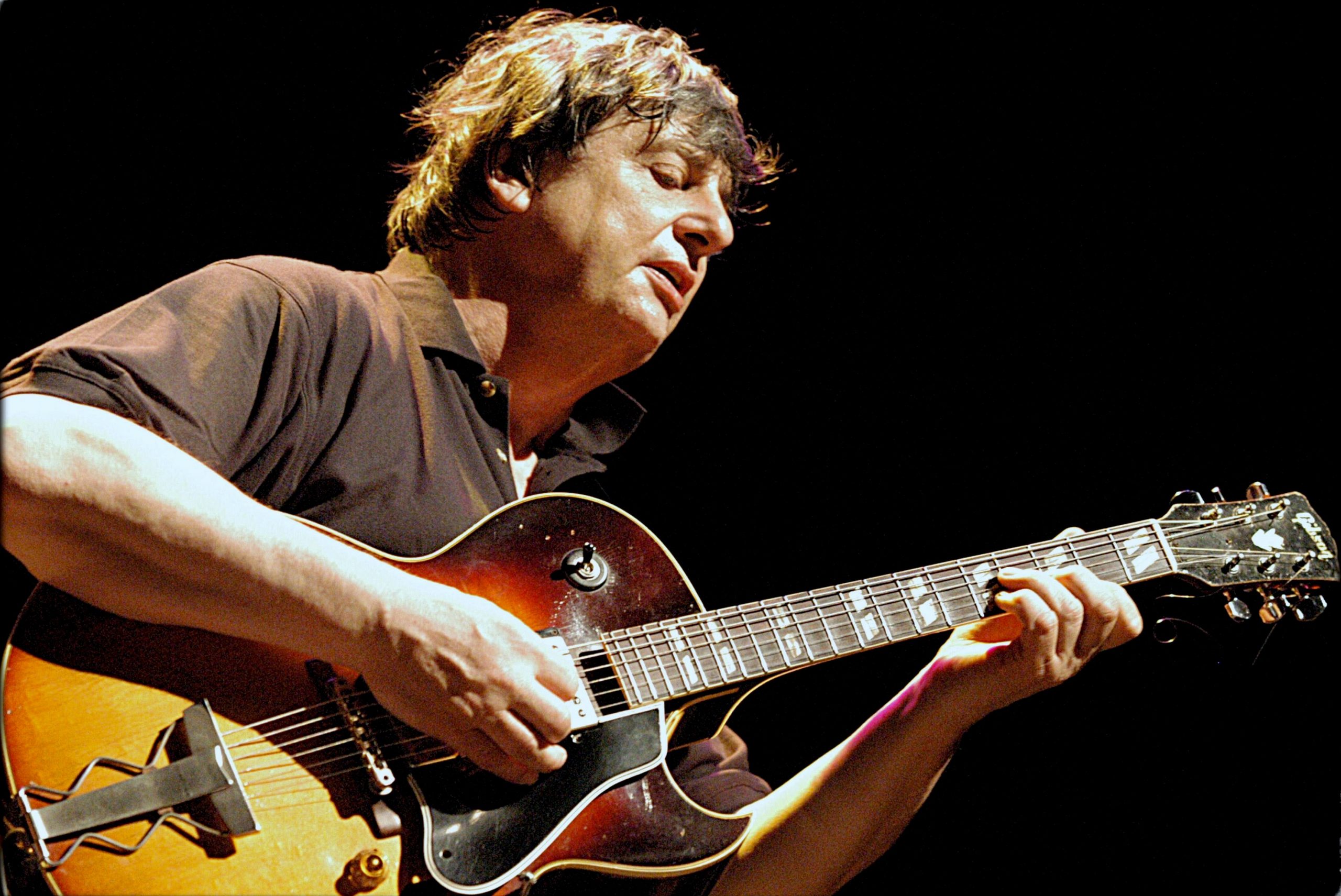 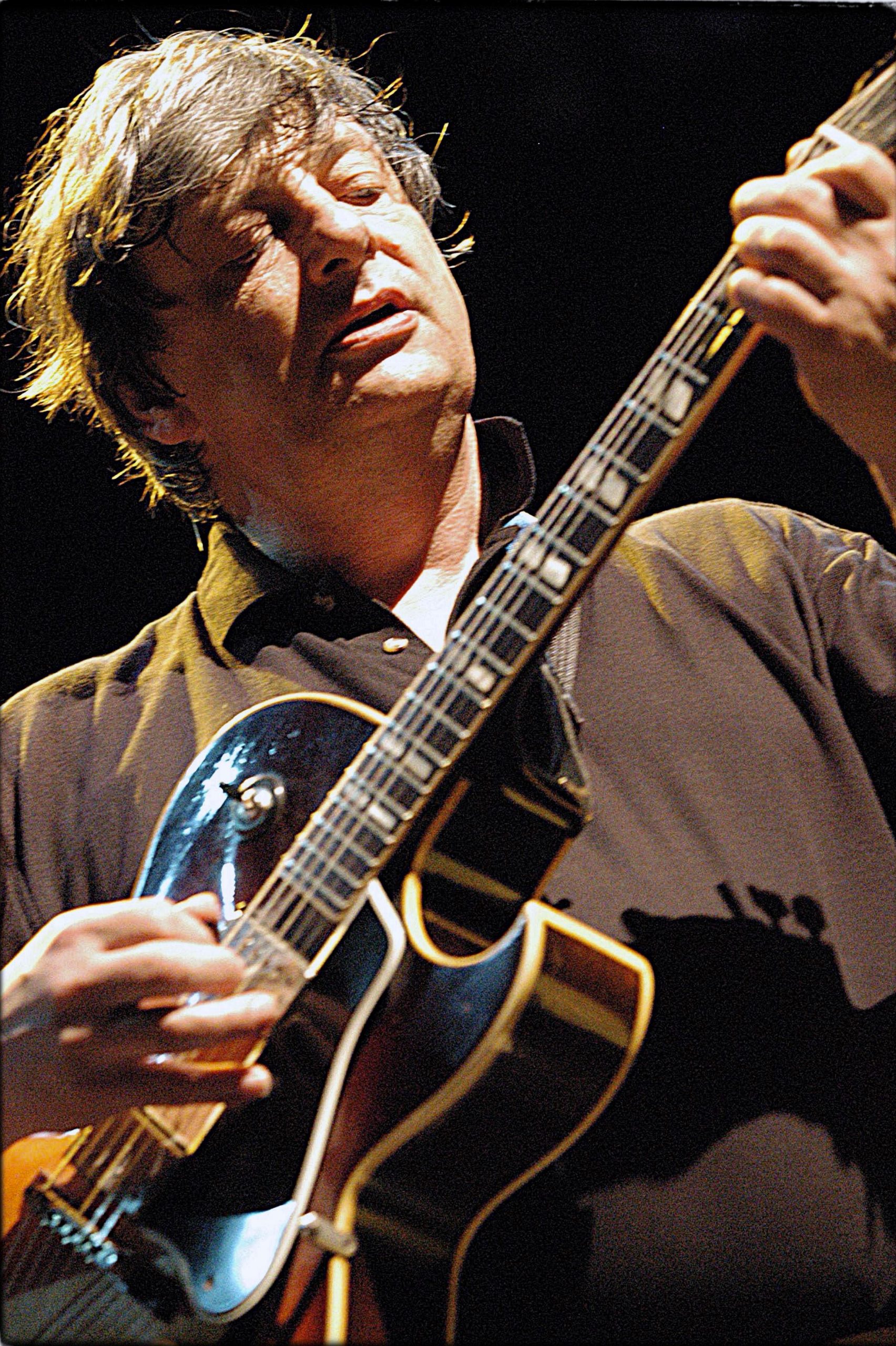 BIO
__
Philip Catherine has been on the forefront of the European jazz scene since the sixties and worked with great artists like Chet Baker, Stéphane Grappelli, Charlie Mingus and Dexter Gordon. His unique approach and sound, his dedication to music have been important and influential, and today he is a source of inspiration for many artists of the new generation.

Born in London in 1942 and being from a musical family, he developed a musical ear from an early age. When he was 18 he already toured Europe with Lou Bennett. With his early recordings “September Man” and “Guitars” of 1975, jazz amateurs all over the world discovered not only a brilliant guitarist but also a talented composer: themes like “Homecomings” and “Nairam” have become famous.

Philip Catherine recorded over 20 albums under his name and numerous collaborations with renowned artists worldwide.

About the solo album “Guitars Two” (2008) Guitarist Acoustic wrote : “simply one of the most beautiful cd’s of this year”. And “Philip Catherine plays Cole Porter” (201) received the CHOC in JazzMag.

In 2014 the album ‘New Folks’ was released on ACT Music, a duo with German bassplayer Martin Wind, followed by several tours throughout Europe and the US.

The première of Philip Catherine’s ‘String project’, a selection of his compositions in arrangements with string orchestra, took place in 2015 at Flagey/Brussels. Philip’s quintet together with the Orchestre Royal de Chambre de Wallonie conducted by Frank Braley. The performance was filmed by national TV VRT-Canvas, and the audio track resulted to be so good that ACT Music released the CD “The String Project – Live in Brussels”. R.Garszczyński in JazzPress : “This is one of the best jazz recordings with strings of all times.”

End 2017 Philip Catherine celebrated his 75th Anniversary with a sold out concert at Flagey/Brussels in a special line-up with two pianos and two drums which resulted to be magic.
For his anniversary WARNER Music released a 5-CDBox “Philip Catherine – Selected Works”:the long awaited re-releases of his early vinyl records ‘September Man’ and ‘Guitars’, the albums ‘Babel’ and ‘End of August’, completed with an unedited solo recording by Radio Bremen of 1979 & 1982.

February 2019 saw the release of “La Belle Vie” with the legendary trio Bex-Catherine-Romano.
The latest album “Manoir de mes Rêves”,around the music of the roaring 50s-50s in Paris and Django Reinhardt in Trio with Paulo Morello & Sven Faller, was released in May on ENJA Records and received great reviews.

October 2020 will see the release of a live album : “75 – Live@Flagey”, recording of his sublime anniversary concert in 2017. This special project in Sextet with two pianos will perform during 2020-2021 for festivals and special occasions.

Philip Catherine continues relentlessly and open-minded his search for renewal and perfection. The formulas with which he performs give him the rhythmic support and freedom to unfold his wide palette of musical styles, from that irresistible groovy rock sound to the broad lyrical phrases of which he is a master.

– Downbeat : « He is one of the most accomplished and rewarding guitarists now playing jazz. »
– Le Monde, Francis Marmande : « Philip Catherine is one of the last ‘romantics’ in jazz. Philip Catherine doesn’t play music: he is music. A lyricism that hits the unconscience. Music, music, sometimes with an air of simplicity that makes you believe nothing is easier than observe a photon in it’s course. Great art. »

“Twin House”
“Back Together Again” “Splendid”

“Three or Four Shades of Blue”

“Twin House”
“Back Together Again” “Splendid”