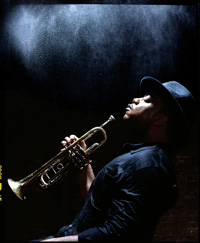 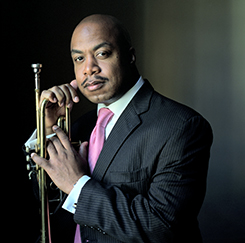 BIO
____
Nicholas Payton is widely considered one of the greatest artists of our time. Hailed as a virtuoso before he was even out of high school, his maturation and talent has earned him praise and accolades, as well as insured his place in musical history.
When he was barely in his 20s, Nicholas Payton made his major-label recording debut as a leader with From This Moment (Verve). Since then, Payton has consistently committed himself to developing his distinct voice.
He says: “As a musician, as an artist, you’re always trying to zero in on the bull’s eye as a means of becoming a better version of yourself. I’ve been able to find the kind of music that’s more inclusive of all of my life. The approach and the ideas of my music have become more singular, more cohesive. I have no agenda in terms of a specific genre or style, only to be true to who I am.”
Nicholas Payton was born in New Orleans, Louisiana, into a musical family. Encouraged by his mother, a pianist and vocalist, and his father, the legendary bassist, composer and educator Walter Payton, Nicholas showed talent for music at a very early age. He received his first trumpet at age four and by age nine was sitting-in with local bands including the Young Tuxedo Brass Band. By the age of 12, he was a member of the All Star Brass Band that performed and toured extensively. As he grew up and studied, Nicholas successfully learned how to play several instruments. In addition to being an accomplished trumpeter, Nicholas plays piano, bass, drums, tuba, trombone, clarinet and saxophone, et al. During his high school years, Payton attended the New Orleans Center for Creative Arts to study with Clyde Kerr Jr. and after graduation attended the University of New Orleans where he studied with Harold Battiste and Ellis Marsalis.
As a leader, he has recorded: From This Moment (1994, Verve); Gumbo Nouveau (1995, Verve); Payton’s Place (1998, Verve); Nick@Night (1999, Verve); Dear Louis (2001, Verve); Sonic Trance (2003, Warner Bros.); Into The Blue (2008, Nonesuch); Bitches (2011, In+Out Records); and GRAMMY® award-winning collaboration with Doc Cheatham, the legendary trumpeter, entitled Doc Cheatham & Nicholas Payton (1997, Verve).
Spanning a multitude of musical genres, Payton has composed and arranged, performed and recorded with his own groups in many settings, including solo, duo, trio, quartet, quintet, sextet, 21-piece big band, as well as his 2012 full orchestral work, The Black American Symphony.
Significant collaborations include: Trey Anastasio, Ray Brown, Ray Charles, Daniel Lanois, Dr. John, Stanley Jordan, Elvin Jones, Herbie Hancock, Roy Haynes, Joe Henderson, Wynton Marsalis, Zigaboo Modeliste, Marcus Roberts, Jill Scott, Wayne Shorter, Clark Terry, Allen Toussaint, Chucho Valdes, Dr. Michael White, Nancy Wilson, and many others. He is credited on over 120 recordings as a composer, arranger, special guest or sideman.
Nicholas has performed at major concert halls and festivals worldwide, notably: The Apollo Theater, Brevard North Carolina Music Festival, Barbican Theater (London), Brooklyn Academy of Music, Carnegie Hall, Cite de la Music (Paris), Disney Hall, Essence Music Festival, Lincoln Center, New Orleans Jazz and Heritage Festival, Orchestra Hall (Chicago), Smetana Hall (Prague), Sziget Festival (Budapest), Vienna Opera House, The White House (Clinton Administration).
Select television and film credits include: Kansas City (Dir. Robert Altman); Original music featured in HBO’s Treme Seasons 2 and 3— “Concentric Circles” & “Lil’ Duke’s Strut” and also on FX Channel’s new series, The Americans, “Nick @ Night”; Icons Among Us documentary; The Grammy Awards; The Tonight Show; The Tonight Show Brazil; and EBS TV, Korea. He appears in the final episode of HBO’s Treme as an actor and musician performing his composition, “The Backward Step.”
Nicholas is a Distinguished Artist and Visiting Lecturer at Tulane University. He has taught master classes, clinics and workshops at over 40 institutions, including Berklee College of Music, The Connecticut Forum (with Beverly Sills, Bobby Weir and Trey Anastasio), Cornell University, Institute of Superior Arts (Havana, Cuba), Loyola University, Northwestern University, Oberlin College & Conservatory, Skidmore College, Stanford University, Thelonious Monk Institute, et. al. 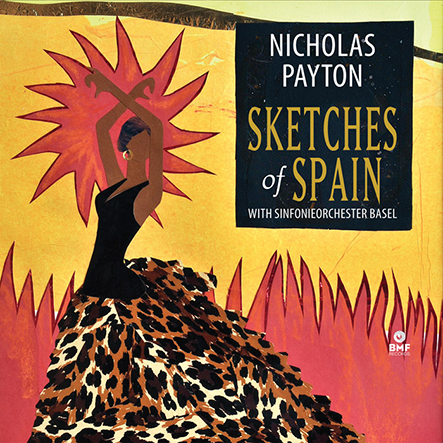 The iconic Sketches of Spain, Payton’s latest release, is the second for his own imprint, BMF Records. Released on September 24th, 2013, for his 40th birthday week, Grammy-winning trumpeter Nicholas Payton offered the world a present worthy of his immense skills: a live concert performance of the iconic Miles Davis-Gil Evans collaboration. Framing Payton’s virtuosic playing is a 19- piece ensemble comprised of 15 brass and woodwinds and a harpist drawn from the Sinfonieorchester Basel with conductor Dennis Russell Davies, and Payton’s long-time collaborators Vicente Archer on bass, Marcus Gilmore on drums, and Daniel Sadownick on percussion. The LA Times says Payton and band members ‘shine a new light on Mile Davis’ knotty brilliance’.

Earlier the same year, Payton released #BAM Live at Bohemian Caverns, his first recording for his newly formed label, BMF Records. Recorded at the historic Washington, D.C. club, Bohemian Caverns, on November 3, 2012, the album features a blistering set that captures Payton’s now renowned prowess on the trumpet – while simultaneously playing the Fender Rhodes piano. His genius and unmistakable originality is on wide display for this recording.

The hashtag, #BAM, stands for Black American Music. The #BAM movement created by Nicholas, states the revolutionary, yet evident, idea that music of the Black American Diaspora is more similar than dissimilar. Black American Music speaks of his and all music descending from the Black American experience, including spirituals, gospel, blues, so-called jazz and soul. A prolific writer, the genesis of the #BAM movement was in reaction to a blog post on November 27, 2011 entitled: “On Why Jazz Isn’t Cool Anymore.”
Like the Ghanaian Sankofa bird in the BMF logo, it is Payton’s mission to go back in history to extract the richness and lost knowledge of the past in order to elevate today’s consciousness. Hailed as The Savior of Archaic Pop, Payton is rooted in tradition, yet isn’t stuck there. His life’s work is to dismantle the status quo and to subvert mediocrity by giving rise to quality.

One Reply to “nicholas payton”