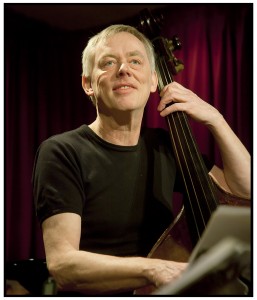 Mads Vinding has performed all over the world, produced several records, written film scores and is the recipient of several distinguished Jazz awards: in 1978 was awarded first prize as best soloist in the International Radio contest NORDRING. Got The Ben Webster Prize in 1982 and Palæ Jazz Prize in 1997. Awarded Launy Grøndahl’s honorary prize 2000. Winner of Jazz Special’s Readers Poll 1997 + 2000.

Received Three Grammy’s for Best Album 2000 in the Jazz and Folk category and another one for best Folk album 2003. Received the Django d’or award as “Master of Jazz” in 2007 and the Danish Musician’s Union Honorary award in 2008.

“Along with the acoustic bass, he has refined his playing on the electric bass, but what makes him an outstanding artist and a sought-after soloist, is his unique musical command and his great maturity, which 50 years of working with such outstanding Jazz musicians called upon. He has played with the majority of Jazz musicians worth playing with,, today he plays with the ones satisfying his concepts of what music ought to sound like.”