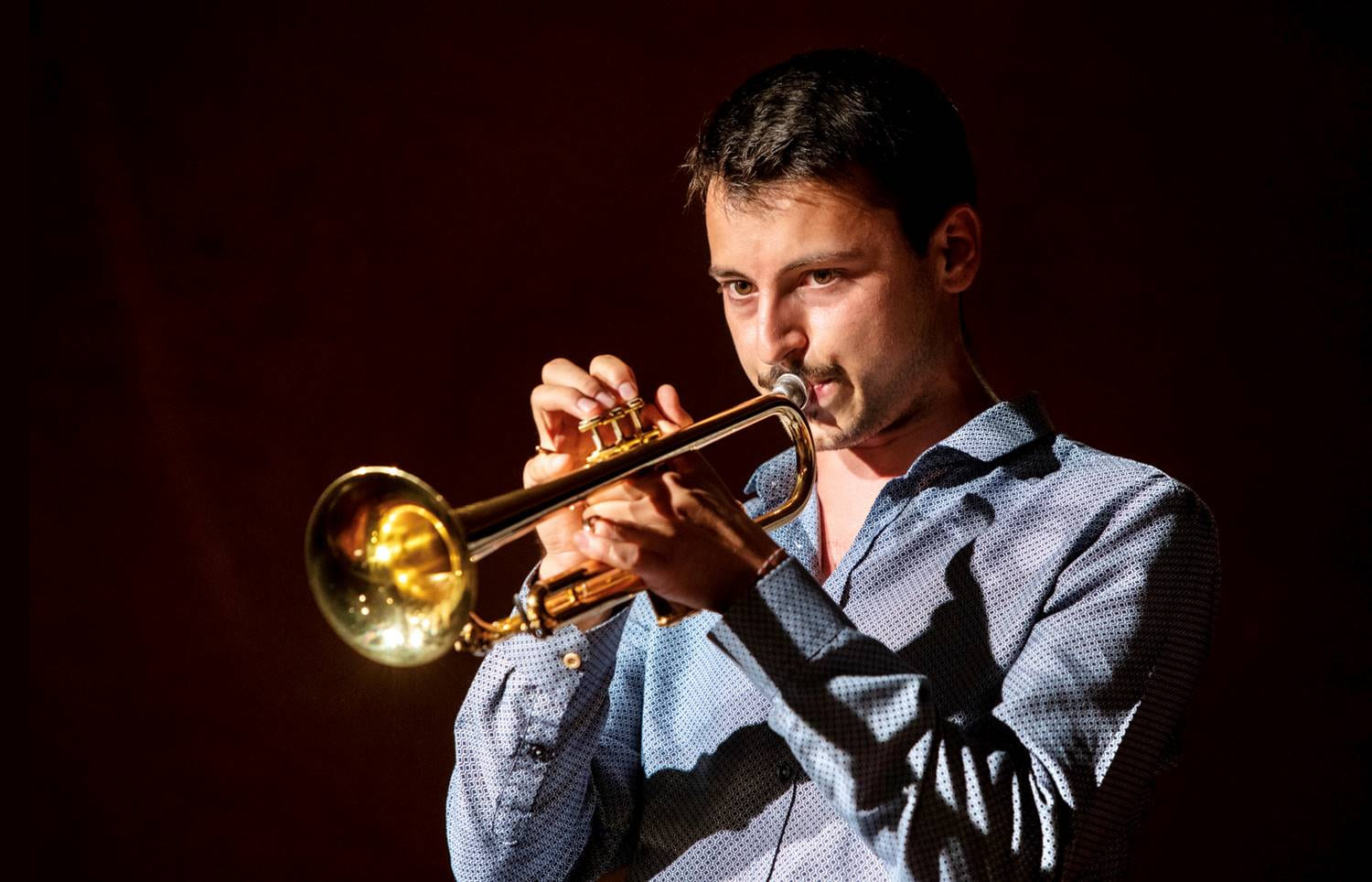 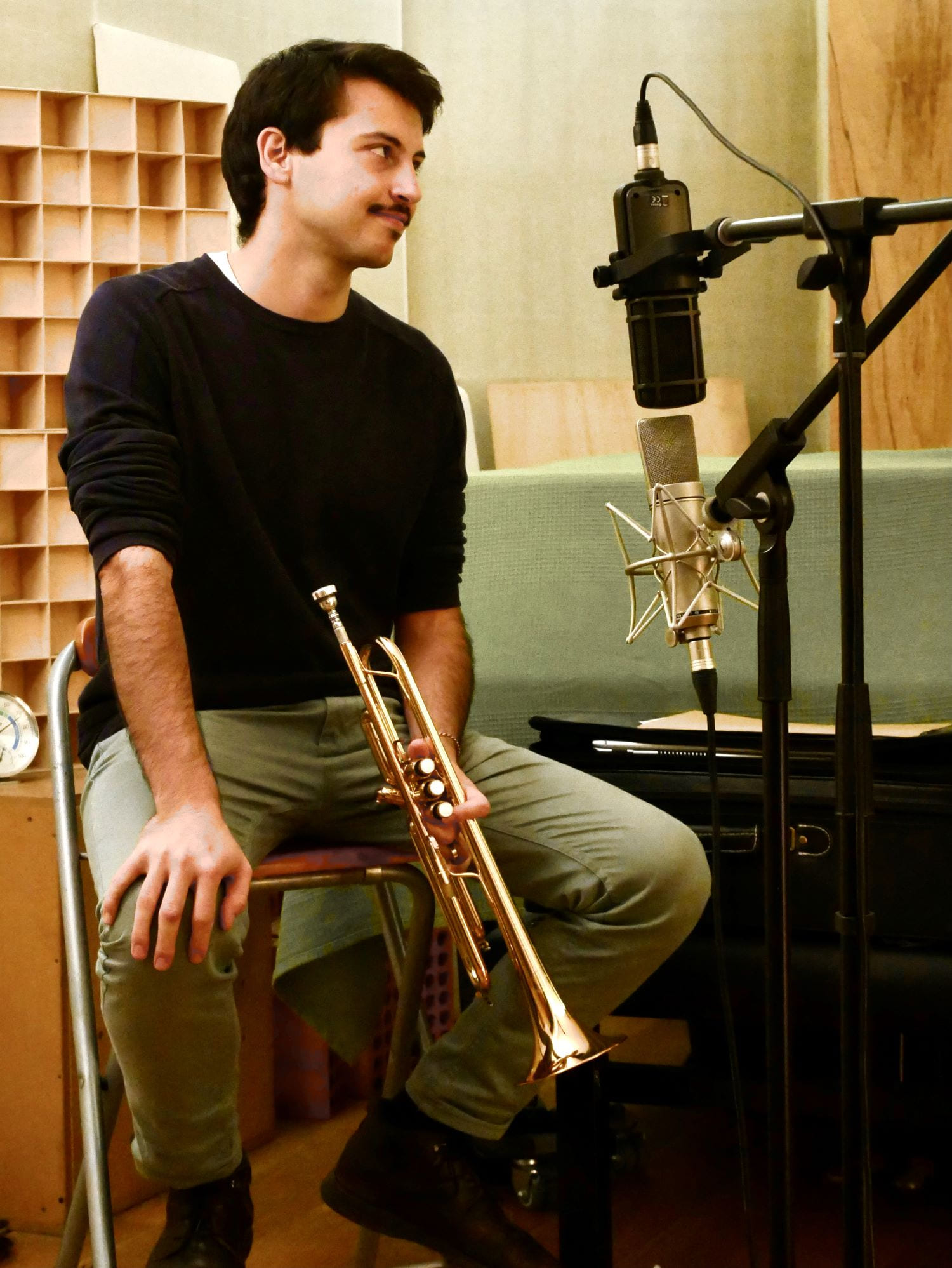 “He’s heard many people but — hooray! — he sounds like himself.”
(Michael Steinman, Jazz Lives)

“He sounds like a player of an earlier generation [but] the results never sound anything but brand new.”
(Brian Priestley, Jazzwise)

“Sauqué is a serious scholar of his favourite music, an explorer of melodies with a definite approach.”
(Fernando O. de Urbina, Easy Does It)

Joan Mar Sauqué was born in 1996 in the small town of Garrigoles, province of Girona in Spain. He got started in music aged seven, with a trombone that was lying around at his grandparents’. He soon switched to trumpet and was enrolled in the Municipal School of Music of nearby Torroella de Mongrí, where he was taught trumpet, musical language, combo, big band and improvisation.

In 2011, he began studying with David Pastor, who introduced him to Joan Chamorro’s Sant Andreu Jazz Band shortly thereafter. With them, he has had the chance to play and/or record with top players such as Scott Robinson, Dick Oatts, Jon-Erik Kellso, and Scott Hamilton. He settled in Barcelona in 2012, where he did two years of classical trumpet and later studied jazz trumpet at ESMUC.

Sauqué’s most salient source of inspiration is the 1950s US East Coast group of players that went through the ranks of Lionel Hampton’s orchestra of 1953, a network of musical styles and personal friendships which includes people like Tadd Dameron, Gigi Gryce, Art Farmer, Clifford Brown, and Benny Golson.

That network of musical friendships informs Sauqué’s new album, “Gone with the Wind” (The Changes, 2021). The twelve tracks presented in the CD are related to those musicians and, in most cases, they have seldom been recorded before.

Sauqué’s selection of tunes stems from, first, being appealed by a particular recording of a composition and, second, exploring his own way to make each of those compositions shine brighter. Thus, far from being facile homages to past trumpet masters, the careful selection of tunes has been guided by the melodic content of those pieces as the foundation of his own interpretations.

As for the line-up of the group, a trio of trumpet, guitar, and bass, even though it has its historical precedents too, the leader’s motivation is here, again, his own, i. e., the search for maximum clarity when it comes to presenting this music.

The relationship of Jazz with its past is complex. Not for Sauqué: it just provides his preferred aesthetic framework to express himself.