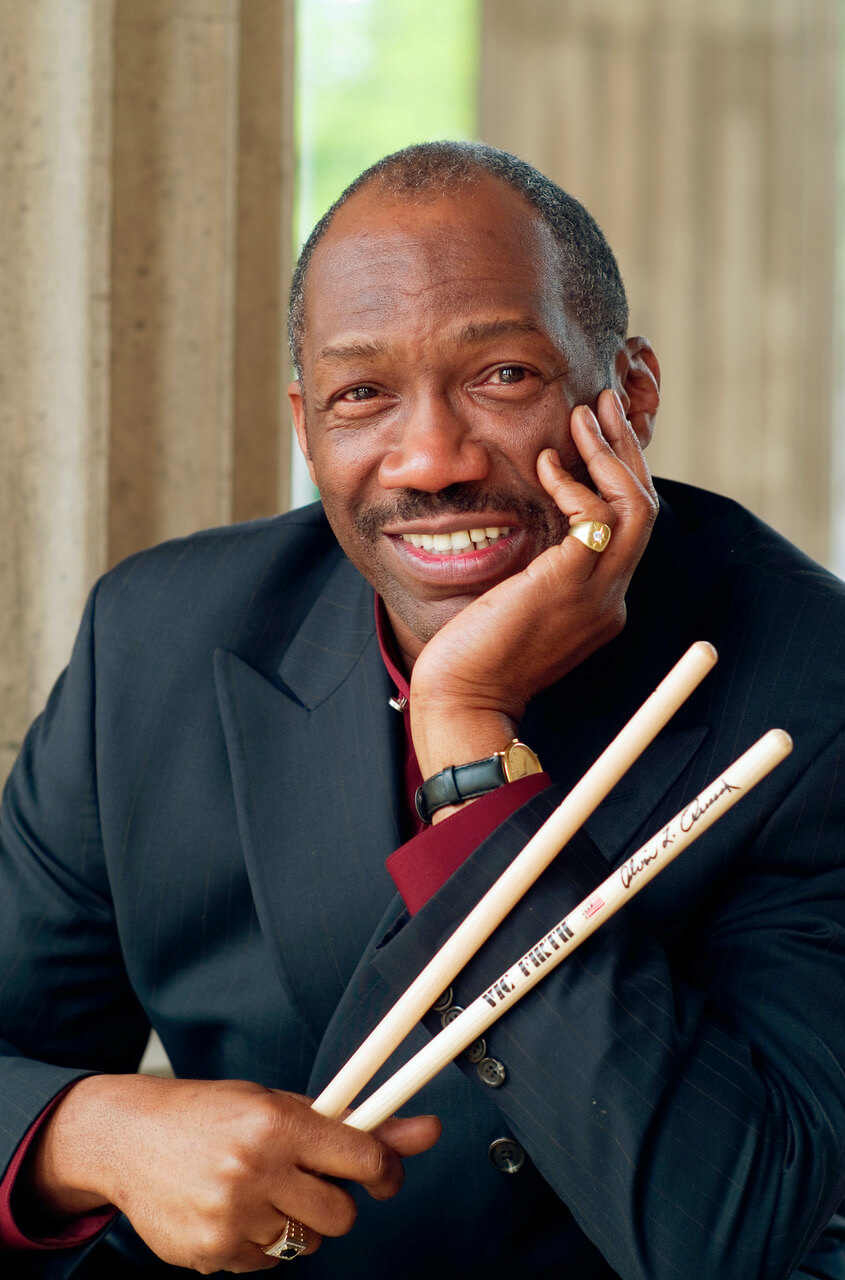 Alvin Leroy Queen was born in New York in 1950. He started playing drums when he was eight years old: he would shine shoes to pay for drum lessons. Still on his early ‘teens, he would lie about his age to get into the Jazz clubs, and received on stage tuition by Art Blakey, Philly Joe Jones, Art Taylor or Elvin Jones. Alvin met John Coltrane when he was twelve, and Horace Silver when he was fourteen, and was already enough of a player to be allowed to sit in with them.

In 1968 he started working with Horace Silver, and the next year he became a regular member of the George Benson Quartet, appearing on the Johnny Carson Show. In 1969 Alvin worked with Stanley Turrentine, and was featured on several TV shows.

In November 1970, trumpet star Charles Tolliver hired Alvin for his first European tour. Alvin stayed with Tolliver on and off for about eight years: during this period he also worked with Milt Jackson, Leon Thomas, Pharoah Sanders and Wild Bill Davis. By 1979, Alvin decided to settle in Europe, and moved to Geneva, Switzerland, where he has been residing for more than forty years. He officially became a Swiss citizen in January 2000.

In 1982 Alvin founded his own record company, Nilva Records, and for the next decade produced records for Bill Saxton, John Collins, Junior Mance, Ronnie Mathews, Ray Drummond, John Hicks and may others.

During the eighties, and until his untimely death in 1993, Alvin was a member of the Kenny Drew Trio, which also featured the late Danish bassist Niels-Henning Ørsted Pedersen. This trio became immensely popular both in Japan and Europe, recording many CD’s and DVD’s for the Japanese label Alpha Records.

Alvin also worked and recorded through the early nineties with tenor saxophone stars such as George Coleman, Johnny Griffin, Benny Golson or Bennie Wallace. He kept his musical complicity with Niels-Henning Ørsted Pedersen in many different projects, (including a unique trio featuring the late Mulgrew Miller) until the great Danish bass player’s decease in 2005.

One of the most versatile drummers in the world of Jazz, Queen has been equally at ease playing with veterans of the Swing Era, such as Red Richards, Wild Bill Davis or Harry Sweets Edison as he has been playing with the Young Lions generation of Roy Hargrove, Jesse Davis or Russell Malone.
Alvin’s most recent (2019) record release as a leader is “OP – A tribute to Oscar Peterson” on Stunt records.

One Reply to “alvin queen”